We are thrilled and ecstatic to announce the first gig of 2021 , as you all know 2020 wasn’t a year to rave about as this terrible pandemic hit us all ,like everyone else The Heretic Order had to postponed countless of gigs we had planned and like everyone else in the planet we have been waiting for things to normalise again. Hopefully as things return we can announce Friday 15th Oct @Club 85 Hitching with a stellar line -up ,Infester ,Null and Indifferent Engine. More gigs to be announce soon, fingers cross and the circumstance permitting we will see you all very very soon. 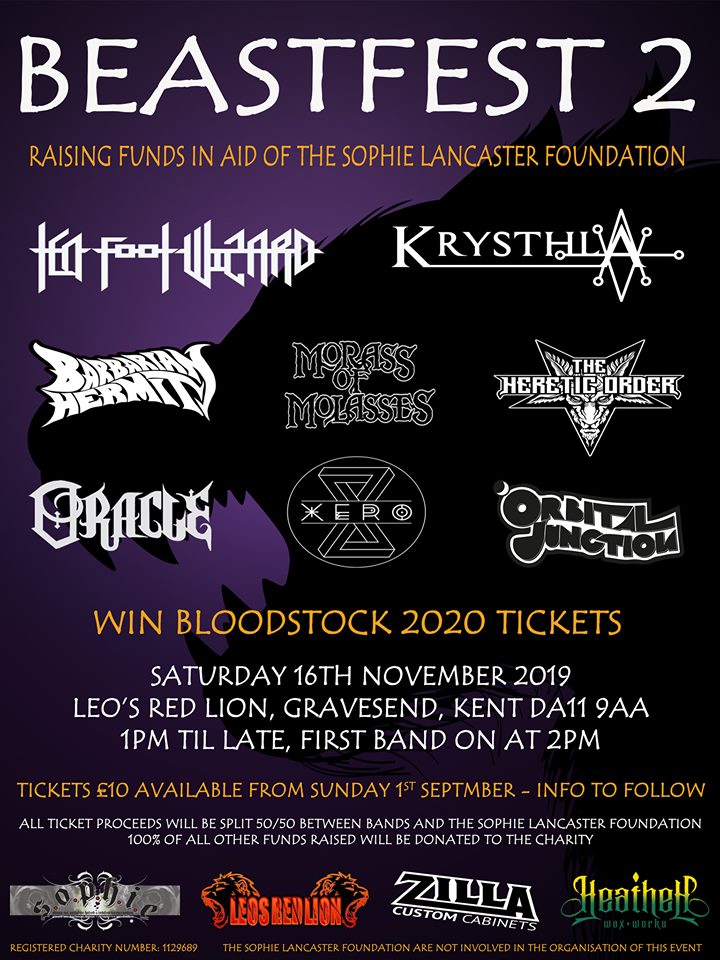 The Heretic Order have announced more UK dates including two with Kill II This. Catch them here:

1st LONDON – Halloweek @ The Unicorn
also on the bill Nightlord, Hawxx ,Satlan and 1945 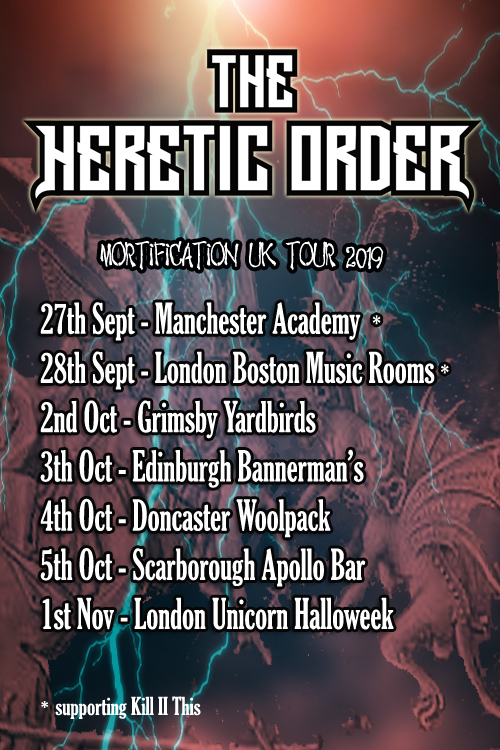 Excited to announce this month we are hitting the road again, starting next Friday 12th in Brighton for CrushCancer, with Red Method ,Aren Drift,
At Dawn We Attack , Beyond Grace then from the 19th we will be supporting US metallers Dark Sky Choir (featuring ex-members of MetalChurch, LizzyBorden, Dokken and Vicious Rumours) in Belgium, Germany and England. Let’s set July on fire !!!! 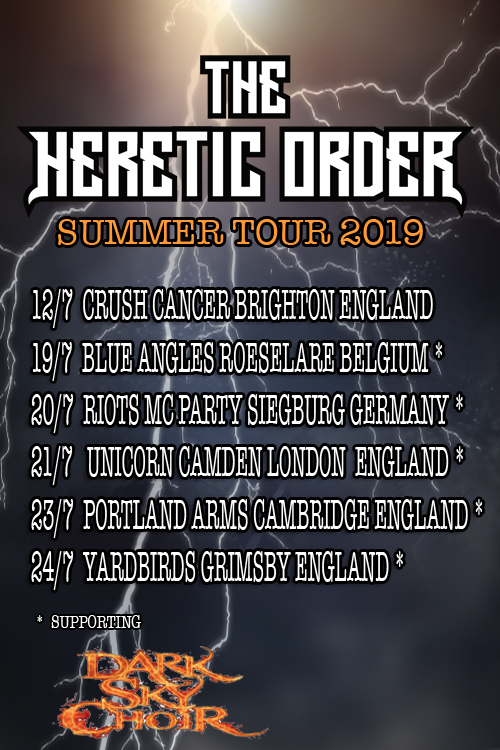 Excited to announce we have been confirmed to play at this year’s
Doc Blackfest II Arnhem Holland 15th Feb with Negacy whom we will be tour
on the Escape To Evil Tour Feb 2019. 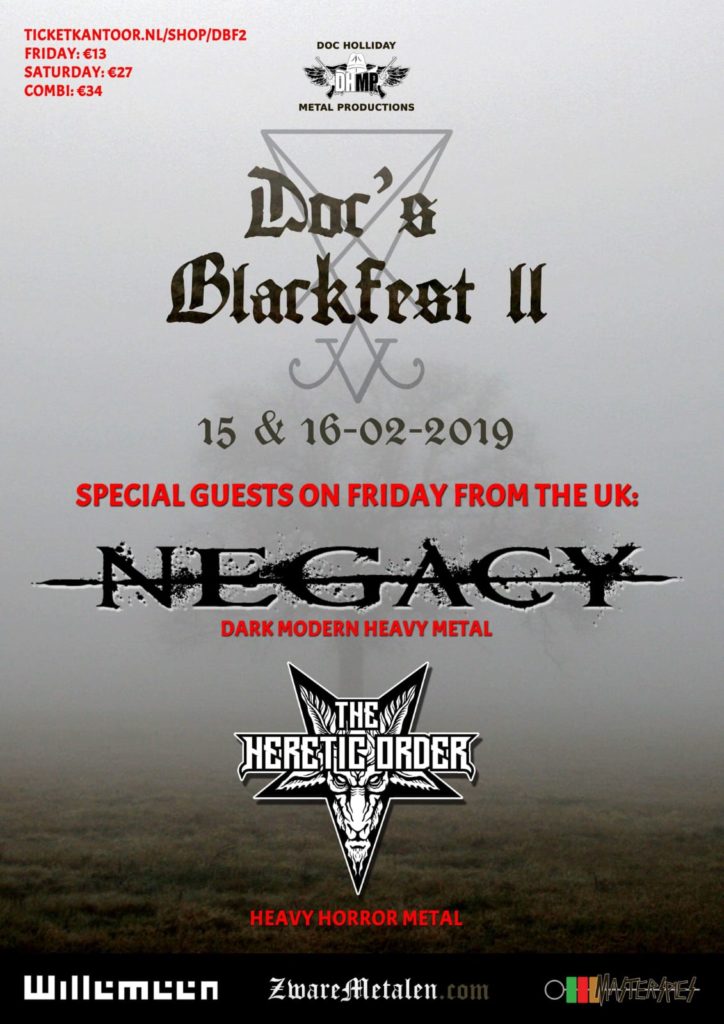 The Heretic Order are joining forces with fellow label mates Negacy for
a European tour at the fall of February 2019
This will be The Heretic’s second tour in Europe after touring with I am Morbid in June 2017
stay tuned more dates to be announced !
more dates